President of the People: Andrew Jackson

Stonewall Jackson: The Man Behind the Legend

President of the People: Andrew Jackson 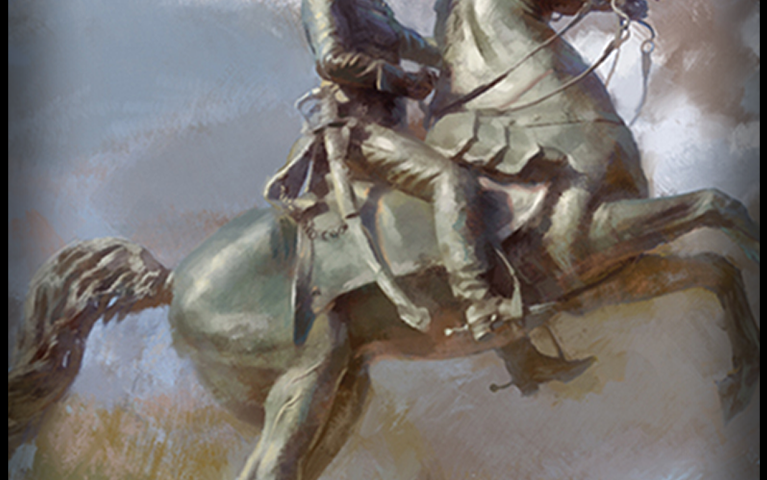 We all know him as the man on the $20 bill. Andrew Jackson has occupied a post in nearly every level of public service, and whose time in government changed the course of American political history; the effects of which we still live with today.

Born on March 15th, 1767, Jackson grew up in rural Carolina, and had a life marked with defining moments. Notably the death of his mother when he was but 14, rendering him an orphan with a personal vendetta against the British, whom he blamed exclusively for the death of her and his brothers. Jackson then went on to practice law which kickstarted his long and illustrious political career, serving as both a judge on Tennessee’s Supreme Court, and as its representative in the House, and then the U.S. Senate. At this point, Jackson had certainly come a long way from Carolina. And understandably, his political leanings were rife with anti-British sentiment, but his role in America’s biggest blow to the United Kingdom would only reach its peak many years later.

Come 1812, Congress declared war on the United Kingdom and thus began the Revolutionary War. Andrew Jackson first served as commander of the Tennessee Militia, a group of roughly 2000 men, and less than two years later, took on a commission as Major General of the United States Army. At this point, rapid promotions were in the course for Jackson’s career, but not undeserved. He would go on to serve with distinction in the Battle of New Orleans and the First Seminole War before resigning from his post in 1821.

Jackson was quite ill at this point, coughing up blood and with a body severely weakened by years of warfare. But not one to remain idle, Jackson runs for president in 1824 on a campaign of government transparency and anti-corruption. He was defeated by John Quincy Adams but won the landslide election in 1828, serving two terms. From his presidency, we have many firsts. Notably, the presidential veto, public attendance to the White House Ball, assassination attempts, and the power struggle between government and the growing influence of a corrupt private sector.

It is not indolent men that adorn the halls of the White House, and whose faces are immortalized on our currency. Andrew Jackson will forever be remembered as a man of the people, and one of the firsts of such a kind to serve as President. If his likeness on canvas is something that you would want closer to home, Heritage Patriart is a company worthy of consideration. They offer custom made, true to life portraits of many of America’s heroes, signed, with a certificate of authenticity so that you know each piece is a unique creation. Portraits are hand-painted, and are offered on a variety of mediums and sizes, and are ideal for displaying in the comfort of your own home. They truly are there to ensure America’s great history and the men who made it are never forgotten and can be admired in our homes. No matter what’s going on out in the world, having the ability to keep a piece of America’s history alive, is invaluable and ensures the preservation of the memories of these great men in our minds and in our hearts.

America: A Nation Forged Through the Fires of War